Other pages about the topic: Map 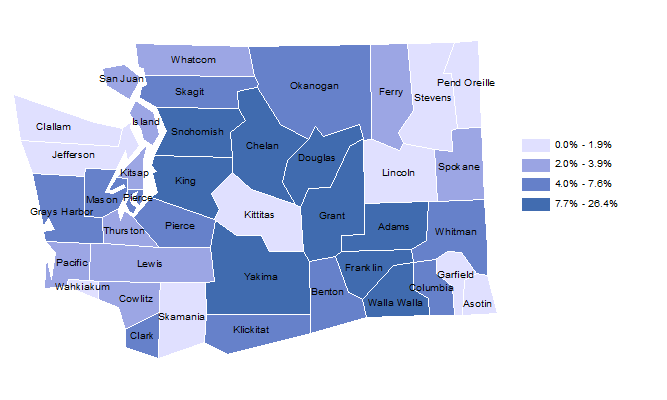 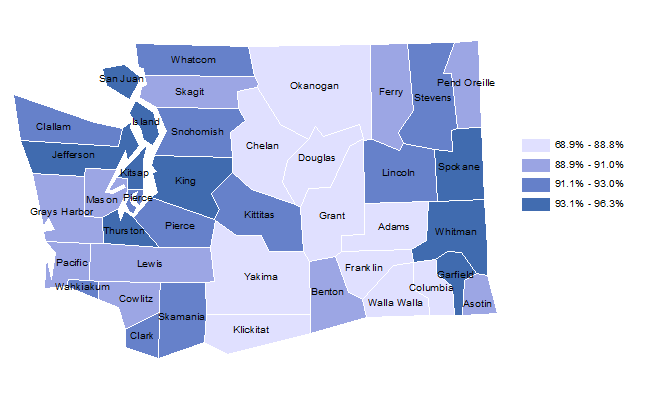 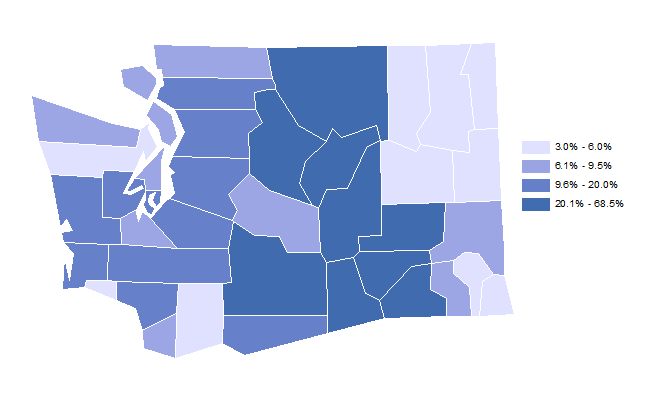 In 2019, the highest percentages of Hispanic residents were found in central Washington with Adams (68.5%), Franklin (55.3%) and Yakima (51.4%) counties posting the highest shares. 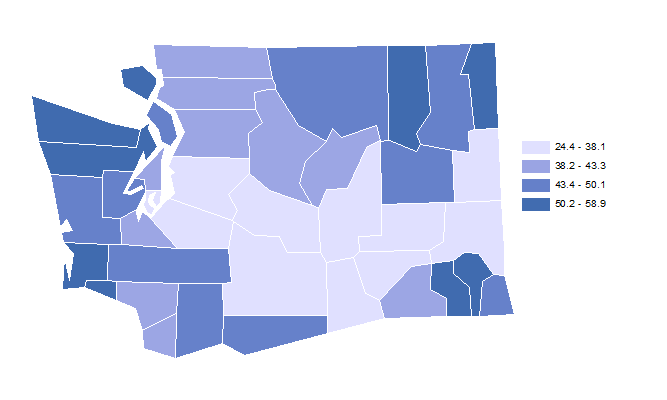 Okanogan County had the highest percentage of single parent families with 43.1%.

Wahiakum County had the lowest share of single parent families, with 17.1%. 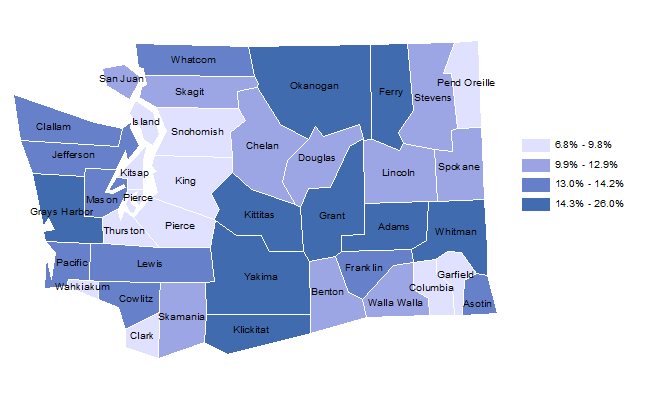 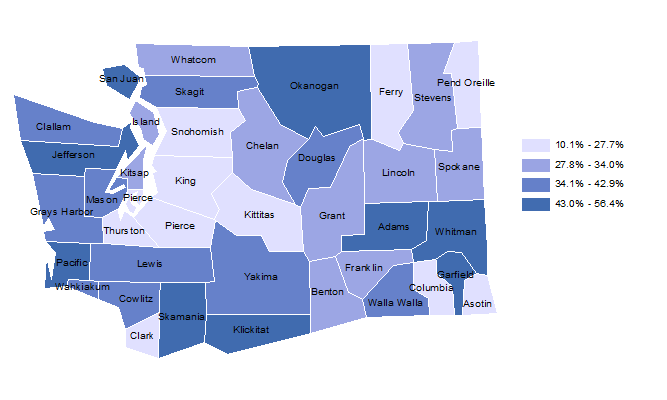 Klickitat County had the highest percentage of single mother families in poverty at 58.0%.

The lowest poverty rates for families headed by single mothers was found in Columbia County at 10.9%.