Other pages about the topic: Census

In January 2019, the U.S. Census Bureau released its 2018 survey report and focus group research, which will drive creative strategy and media planning.

Are my Census answers safe and secure?

The Washington Complete Count Committee developed a two-page Factsheet on the Census and Confidentiality, which provides information about the legal protections of Title 13 mandating the U.S. Census Bureau to safeguard the confidentiality of your responses and legal obligations of U.S residents under Title 13.

New information about internet access in Washington's cities and counties

OFM posts data about household internet access by county, city/town and census designated place based on the 2013-2017 American Community Survey. The excel sheets highlight households (number and percentage): (1) with no internet access, and (2) with access to the internet only through their cellphones.

Census Bureau is recruiting. OFM posts recruiting fliers for Adams, Clark, King, Kitsap, Pierce and Thurston counties. It is an easy process and can provide you with extra income and helps your community. Apply today! 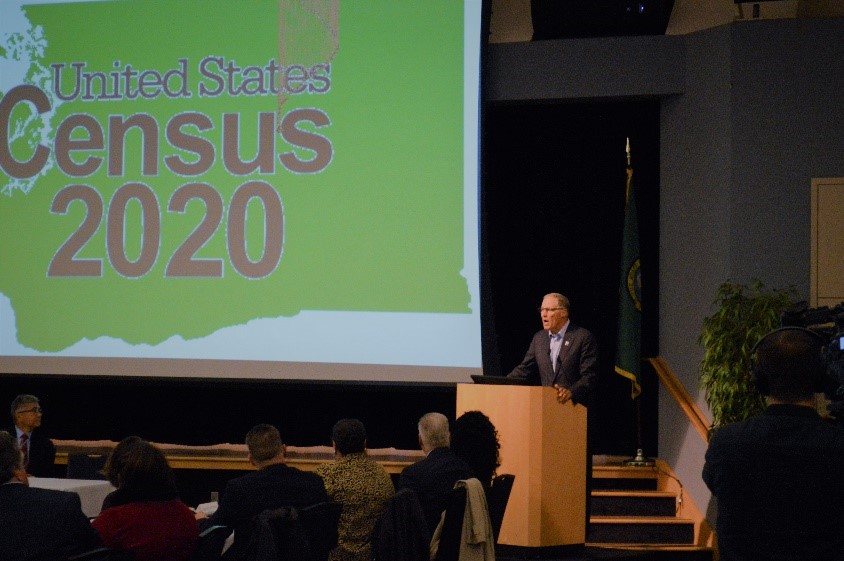 “The U.S. census count is as American as apple pie, and you can’t make a good pie without the right ingredients. A correct census count gives our state appropriate representation in Congress and our fair share of federal funding.” - Gov. Jay Inslee

Governor Jay Inslee will launch Washington’s effort to ensure a fair and accurate census in 2020 on Monday, October 8, 2018, 2–5:30 p.m., at the Brockey Center of South Seattle College. Gov Insleewill open the inaugural meeting of the statewide Complete Count Committee, composed of more than 30 representatives from the private, nonprofit, and public sectors across the state. Under the leadership of former Governor and former Commerce Secretary Gary Locke, the Washington State Complete Count Committee will provide high-level, high-visibility leadership to efforts intended to:

For questions about the Washington State Complete Count Committee, contact: